Today is a crucial day in Israel and we need your prayers. Israel charity is not only giving donations to those in need but its standing with Israel and praying for peace at times like this. We want you, our dear Lev Lalev friends to be informed;so I am sharing this article which appeared in a morning briefing from Israel Am. Thanks and may Hashem give us strength and peace. 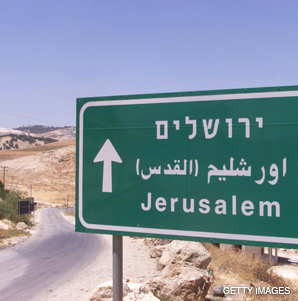 At the time of this writing we are all waiting to hear what US President Trump will say regarding Jerusalem in his speech later today. White House press secretary Sarah Huckabee Sanders yesterday declined to provide any clues.
A spokesman for Palestinian Authority President Mahmoud Abbas said Tuesday that President Trump informed him in a telephone conversation that he intends to move the US Embassy in Tel Aviv to Jerusalem. Abbas “warned of the dangerous consequences such a decision would have to the peace process and to the peace, security and stability of the region and of the world.”
The White House spokesperson said that Trump also had telephone conversations with PM Netanyahu and King Abdullah of Jordan regarding the embassy move. King Abdullah then called Abbas to stress, “his full support with his Palestinian brothers in respect to their historic rights inherent in Jerusalem and of the need to work together to face the consequences of Trump’s decision and halt whatever will harm the hopes of the Palestinian people to build a state with East Jerusalem as its capital.”
King Muhammad VI of Morocco sent Trump a memo in the name of 57 Arab and Muslim nations expressing concern and disapproval of the expected move. The European Union, Saudi Arabia, Turkey, and the Arab League have all warned that any such move would have repercussions across the region.
Trump is expected to announce the recognition of Jerusalem as Israel’s capital and his intention to move the US embassy there, but that the process of moving will take several years. In the meantime he is expected to sign the waiver allowing the embassy to remain in Tel Aviv for the time being.
Israel’s security forces are on high alert against the threat of wide spread violence in the wake of Trump’s expected announcement.